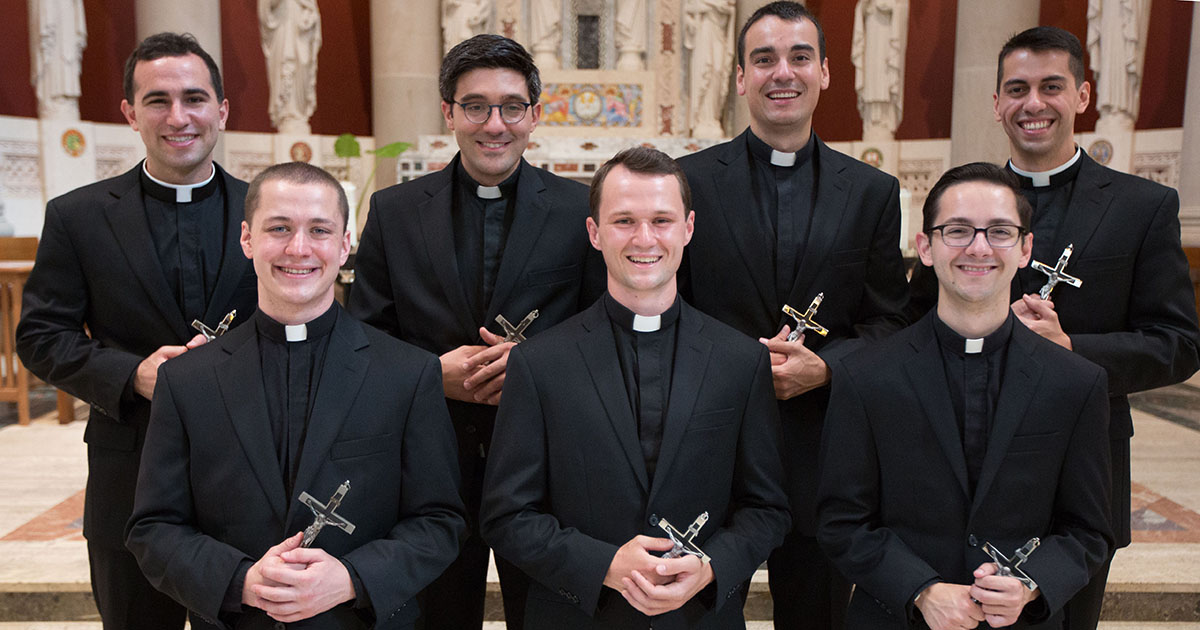 “You have decided to answer the call to become fishers of men and women by pronouncing these vows of poverty, chastity, and obedience,” Fr. Brian Paulson, SJ, provincial of the USA Midwest Province Jesuits, said during the homily. “You want to follow Jesus in the footsteps of Ignatius, in the company of Jesus, in the Society of Jesus.”

“By pronouncing these vows you’re going to make yourself publicly available for the people of God, to help them on their journey home to God,” Fr. Paulson told the novices. 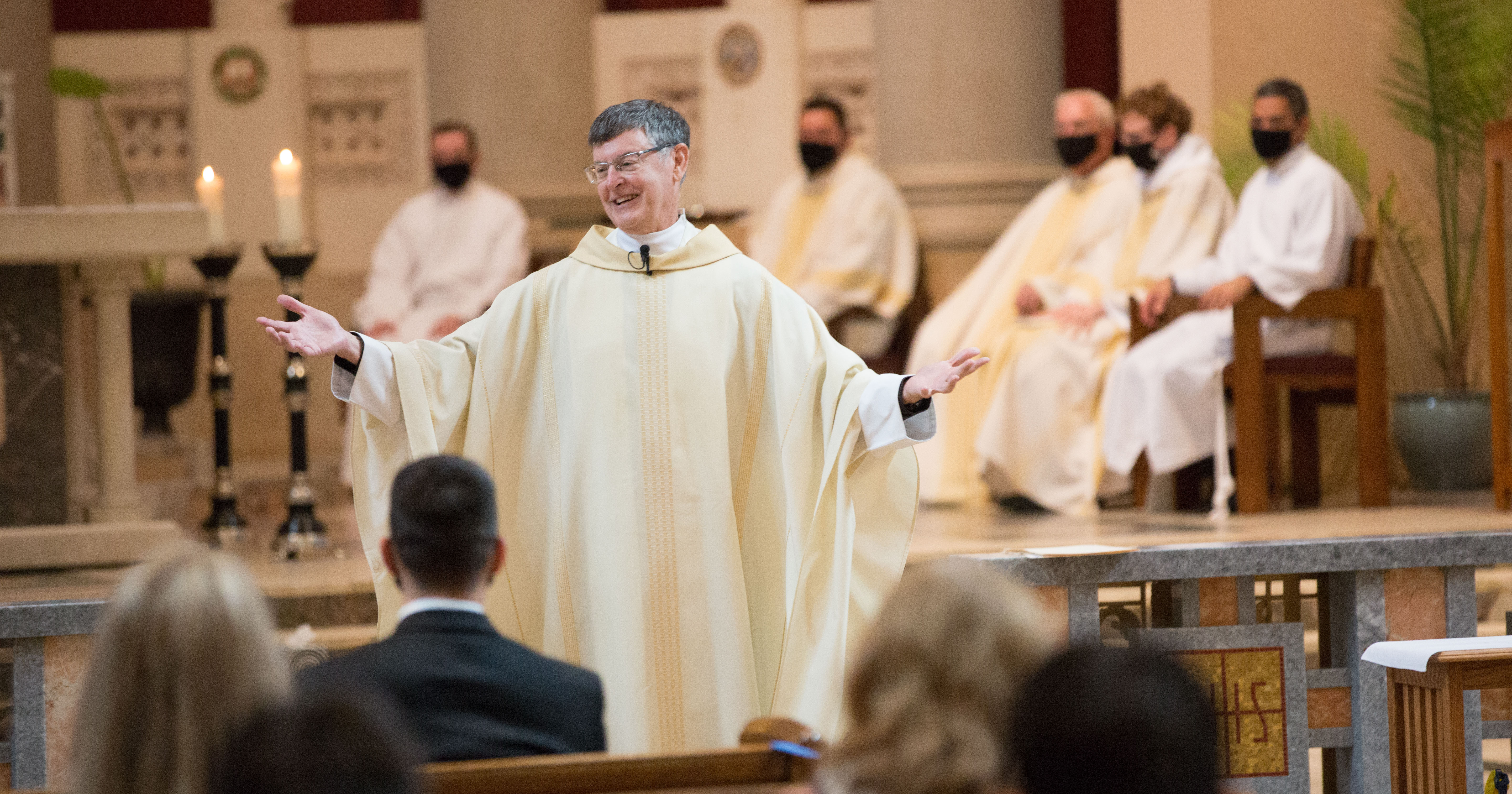 The seven newly-vowed Jesuits spent the previous two years at the Jesuit Novitiate of St Alberto Hurtado in St. Paul learning about the Society of Jesus, participating in local ministries and living in community. They also performed community service and completed the 30-day Spiritual Exercises retreat.

By the time a novice kneels at the altar to pronounce vows, he is prepared and ready to speak the words of the vow formula to God, which concludes: "And as you have freely given me the desire to make offering, so also may you give me the abundant grace to fulfill it." 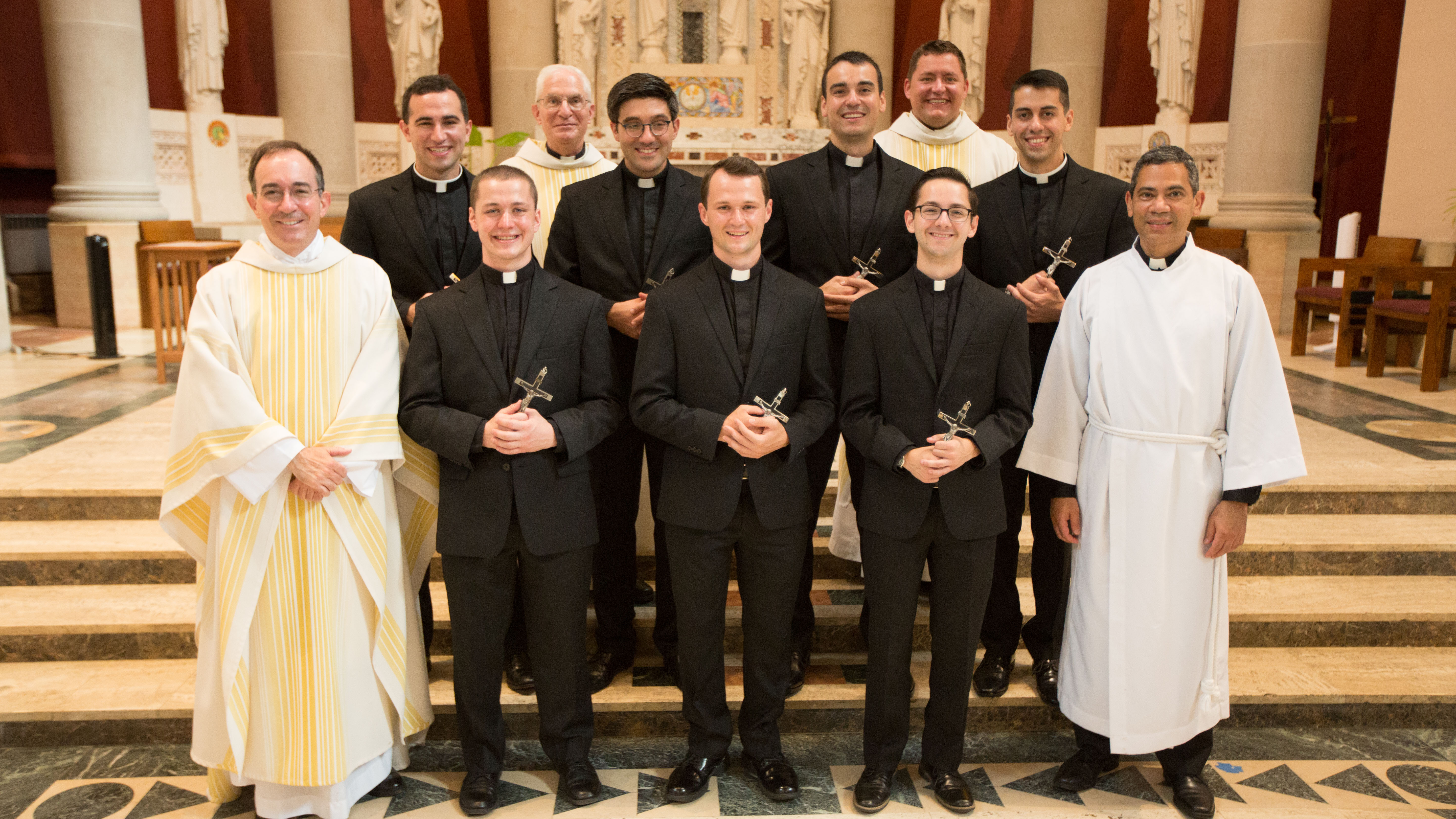 Now that they have pronounced first vows in the Society, these seven Jesuits will continue their formation with several years of philosophy studies at a Jesuit university.